Sunrise over a frozen lake

For another glimmer in their lives, what we call as a day, the celestial spheres continued their clockwork motion. Down here, the world is facing an epidemic, and is frantically searching for optimism to lean on to. Ah, we can look up to the skies. This has been happening for eons from now and will go on. Days worser have come and gone, and this too shall pass.

It was a hot day, the harsh sun beat on us ruthlessly. Towards the evening, when everyone was hurrying to return home, did the vitthala temple complex start revealing it’s secret beauty. It felt as if the venerable granite structure was silently absorbing the brutal rays, and radiating a soft glow when it was dusk. The whole hillock seemed to be eagerly waiting for the cool embrace of the night. 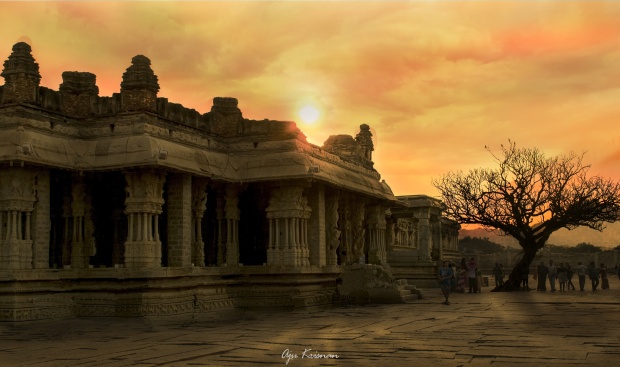 Everything beautiful has a story of blood to say. Of men that fought to own it’s glory. Even a single stone of diamond has a trail of blood. South Africa, Sierra Leone, Liberia who are rich in diamond deposits, are also poor and strife torn. The local militia hijack the mines, employ children to mine diamonds and exchange them for arms. “Blood diamond(2006)” says a similar story. Starring Leonardo DiCaprio, as Danny Archer the diamond smuggler/middleman, it takes us through the dismal situation in Sierra Leone. The country is richly endowed by nature, yet her citizen die of hunger. Children are forcefully recruited by local armed groups, given arms and drugs. Solomon Vandy, a dad who lost his wife and children sets out to find them and meets path with Danny. There is a scene towards climax that puts forth the entire perspective of the movie:

Solomon Vandy who reached London, is amused by a diamond necklace on display in a shop window. He has lost his everything for the stones, the expression in his face somewhere between a smile and a sob. I have encountered few such scenes, which in itself tells the story for the movie.

Was it the cages that chased me, or was it I, in my plight for freedom, who embraced them? 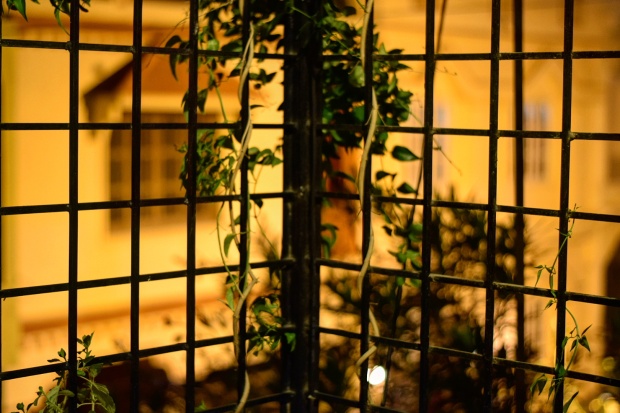 This book is a must read for all Indians to just to fathom how great out legacy is. It took me on a pilgrimage through places of mythological and cultural significance. Gliding through several chapters in a single sitting never bored me.

The title essentially means ‘In the place covered with snow’. The author is well read in philosophy, mythology, history and Sanskrit. Gems of knowledge from his vast experience is sprinkled throughout the book. I felt that the right thoughts effortlessly rose in his mind at the right moments, and that the chapters are detailed and provides information of a place from all angles shows the meticulous work MP Veerendra Kumar has put in behind the trip. I wonder how he kept track of all the points from his 40 or so day long sojourn, given that he never mentions about taking notes or making diary entries. At few points, I envy the author’s skill of retrieving from memory, the relevant anecdotes, slokas, pieces of poetry, quotes etc.

Places like Rudraprayag, karnaprayag, kumaon, nainital, gangothri, yamunothri etc., that I had never paid much attention to before are now in my wish list of places to visit. I must confess that at times, I felt the chill that the author described was in the place. Ironically, the journey seems largely uneventful, without any untoward incedents or difficulties, except that they are reaching places. Author’s thoughts and conversation in the travel group create the ideas that makes the book. I have to mention that the photos taken by author and team, printed in centerfold pages were awful!

Another aspect I liked is the author’s views about environmental protection and our blindly aping the west, which are similar to mine. Knowing that we have members of Parliament who holds these values is heartening. But unlike a man of power, he was just sitting there talking about all damages that we do to nature, mentioning nothing about actions the people and government can take to reduce or control it.

At gangothri, he talks about ganga’s birth, her story, river ganga and it’s significance in Indian culture etc. At karnaprayag, the life story of karna is told. Each place and thing has a story to tell, a glory long lost is hidden everywhere. On finishing the book I took pride in being an Indian.

Vishu doesn’t exactly mark the malayalam new year, but it something to do with the position of sun. All I care is I get to see ‘Vishu Kani’ and I get to eat ‘Vishu Sadya’. Earlier I use to get ‘Vishu Kai Neettam’ as well, but now I am at the giving end, so not much fun there. Still, it reminds of the time when the Kani konna trees and gulmohars bear flower in the scorching heat. 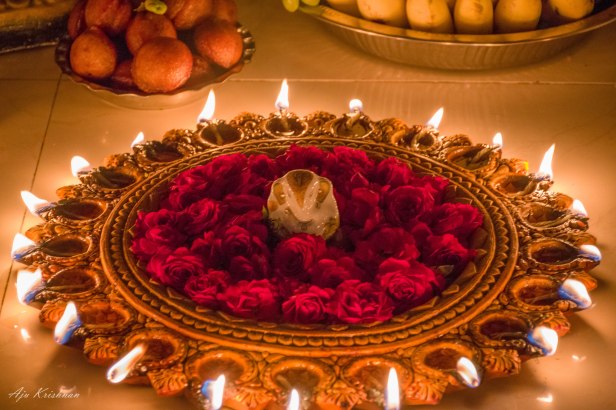 This is a question any child can answer: because there is no sun , the sky is dark! But, think: what about the light from billions of stars dotting the sky? They are all bigger and brighter than the sun, but only much farther away. Still enough light must be reaching earth from them, to illuminate our familiar black night sky.

When this question was asked few centuries back, man soon found that he was incapable of providing a satisfactory answer. It was until 20th century when the answer finally arrived. I will not attempt to ruin your curiosity by putting the answer bluntly. Watch this documentary, narrated by Jim-al-Khalili: Everything and Nothing: The amazing science of empty space. I watched it on Amazon Prime Video, but it is available on YouTube too.

That stunning moment when everything seems dipped in whiskey.

“With the kind of extreme exertion they put into rowing the boat for the unforgiving 1.4KM, one can easily expect an year to be reduced from the rower’s lifespan. Their hand’s simply refuse to lift after reaching the ‘kurishadi’ (church cross) which is 200M to the finishing line”, says my friend Aneesh who works in a houseboat. “Pandit Jawaharlal Nehru jumped into winning boat ‘nadubhagom chundan’ to celebrated with them, and when he went back to Delhi, he wrote a letter to the organizing committee congratulating them, and donating a rolling trophy of a boat made in silver. The nadubhagom chundan still has a foot carved in the boat to commemorate this”, adds Aneesh. 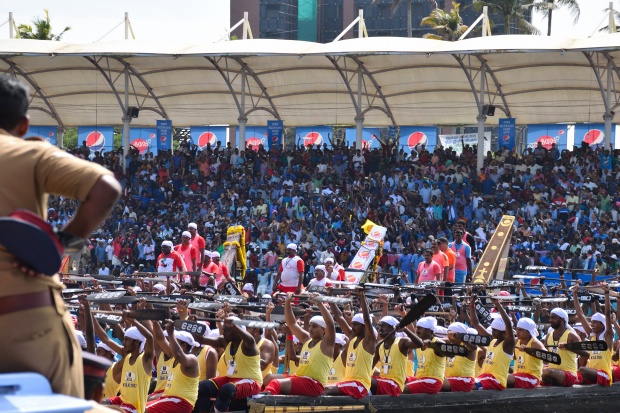 Being a native of Kuttanad, I witnessed people’s interest towards snake boat race right from childhood. But I couldn’t involve much in their passion since I was part of a rat-race called CBSE schooling and engineering.  Even-though the things are no better now,  I was looking forward very much to this year’s Nehru Trophy Boat race. It came in the long weekend, and I wanted to wield my new camera at the carnival.

In the previous years I tried the conventional way of purchasing tickets and going to the stands at the finishing point only to find a place in the last row. This time I found the contact of Aneesh, who works in a houseboat, and owns a small boat. He plans to park the boat opposite the finishing point and next to the VIP stand.  The perks that only the native who knows the place like the back of his hand can get! 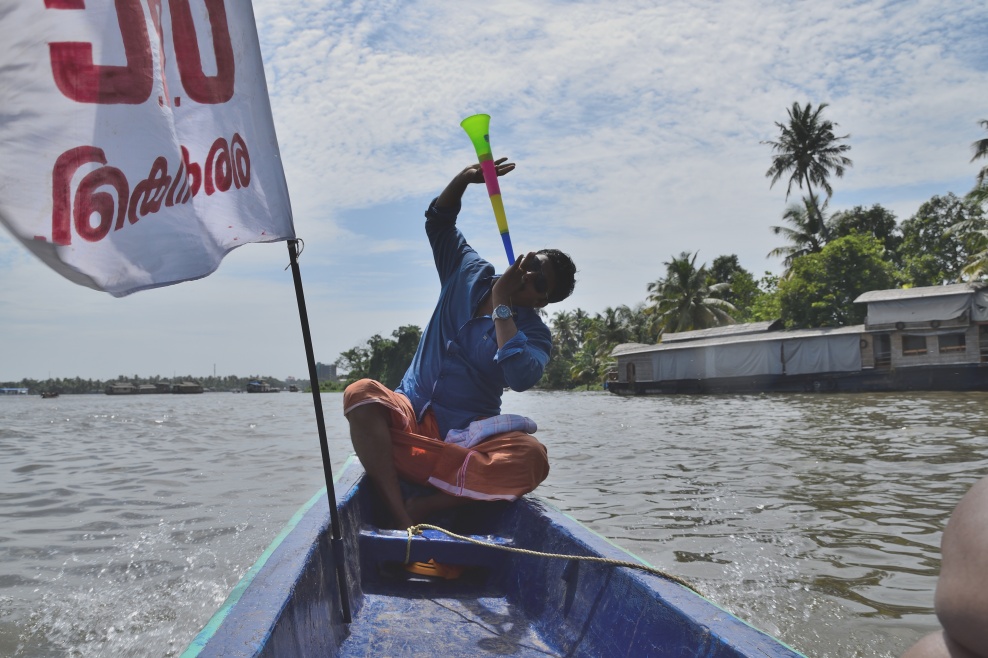 For cheering we had ‘UBC Kainakari’ flag, few horns for blowing, kappa and fish curry, and toddy 🙂

our vantage point: straight ahead is the starting point and behind us is the finishing point

Umpires of the race: They aften end up in controversies regarding early starts and incorrect time-keeping

The air was supercharged with enthusiasm: the running commentary by veterans explaining the history of the event, the boats and clubs taking part, the ‘vanchippattu'(songs sung by the rowers to synchronize their throwing the oars), blow-horns of the cheering crowd, and the cool lake wind to dispel the weariness. Tourists from both within and outside the country have secured spots atop and on the balconies of houseboats. I am told that the organizing committee issues passes costing 40 to 50 thousand rupees to the houseboats wishing to park opposite the finishing point stands, adjacent to the VIP stands. Many boats were parked tightly packed. I was jumping from boat to boat to try to get a good shot of the boats. Never did I get a feeling that I was not standing on the land, but a floating Island made of several boats tied together!

People take a day off from work on the day of the race, which falls on second Saturday of August every year, and will literally be ‘off’ in the evening.

The heats of snake boats began at around 2:30. The boats appear as a tiny spot in the distance first, the tiny oars moving up and down look like the limbs of a centipede, the water splash creates a mist around the boats creating the illusion of the boat emerging scything through the fog. And when they reach near, the mystery gives way to veneration at the scale, exertion, synchronization, music, and the crescendo of the running commentary. And in the midst of such energy, I realize that nobody born human can withstand the euphoria and the shouting out in joy. 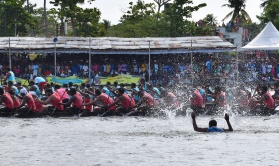 Ecstatic supporters often jump into the water to cheer

I also got the rare chance to be amidst one of the rowing teams and could see the emotions and apprehensions. People keenly observe the rival teams rowing performance and bet on their teams victory. Elation and sorrows here come deep from the heart. I was touched by a supporter who was weeping like a kid who lost his toy, and his friend who was comforting him. The finals got delayed than usual because of the new automatic starting system that was introduced. The sun set and it was dark when the final heats started. Everyone in the stands switched on their mobile flashes and started waving. It looked as if a thousand lamps were lit along the shores of Punnamada lake.  Gabriel chundan rowed by the Thuruthipuram boat club lifted the trophy this time. 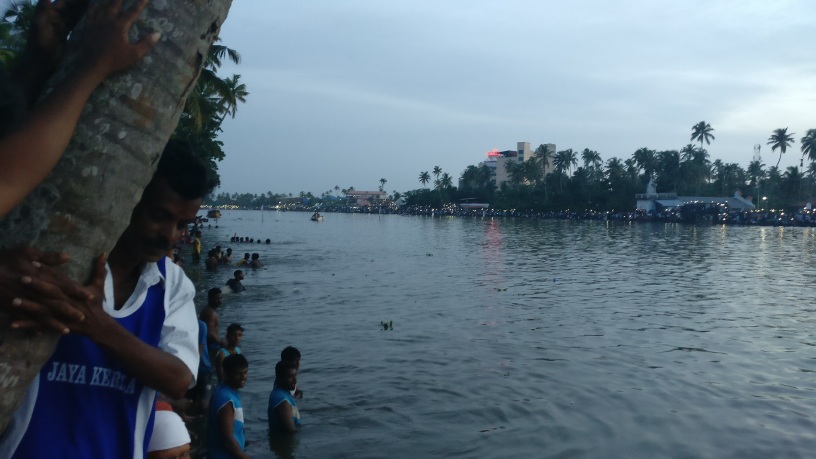 While returning, it was already dark and there were too many passenger boats and houseboats criss-crossing the lake. We switched on our mobile flashlights to let us be seen in the dark. It was a play of diesel power on the water stretch, with the house-boats engines roaring and the passenger-boat engines tweeting like the old Yamaha two-stroke. Seen from distance, the finishing point was bathed in light from the numerous boats moored there and the brilliantly lit ‘Ramada’ resort. What was a cool breeze in the evening, now started feeling freezing. I wondered about the need for A/C in the houseboats, as the lake has the best weather in Alappuzha. Ah yes, luxury: asking for even more when you have more then enough.

I found a few answers as well, in the pursuit: about why I was not particularly interested about popular sports or TV series about which everyone was crazy. My place has a sport which is a lasting tradition, and there is no void in my heart for the extravagance to come and fill. 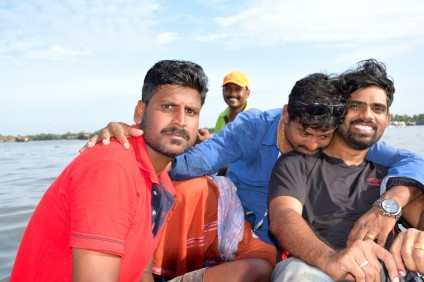 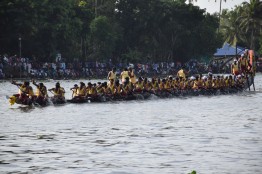 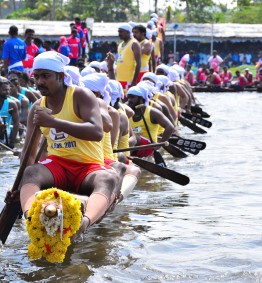